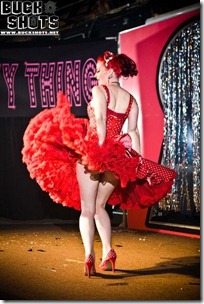 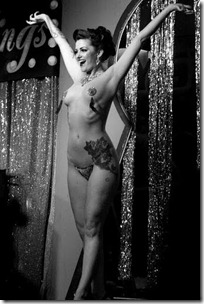 Let me tell you a little something about Pretty Things Peepshow and Miss go-go Amy.
On their most recent tour they made a stop in Milwaukee and the timing was most unfortunate. Summerfest was going on at the same time and that is a huge draw around here for the 10 days it's going on.
The crowd for the Pretty Things show was abysmally small but I was there with my buddy Don and we got to hang out with Vee Valentine and Raven Nevermore from The Brew City Bombshells . but more on them later 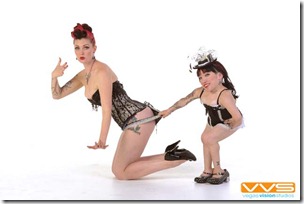 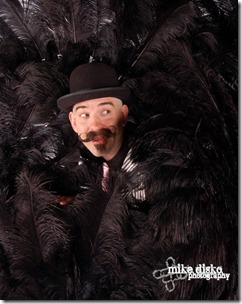 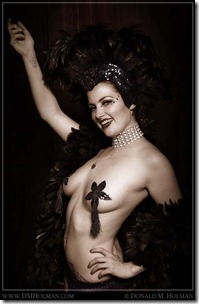 If you get a chance to see this show you'd better get there.

Where else can you get a burlesque show from the lovely MIss go-go Amy, a true Coney Island sideshow experience in Mister Donny Vomit, a sword swallower and fire act from Heather and of course the The Midget of Mischief herself, Lil Miss Firefly 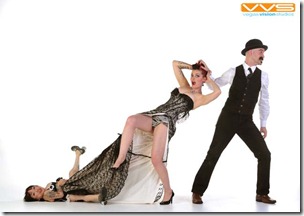 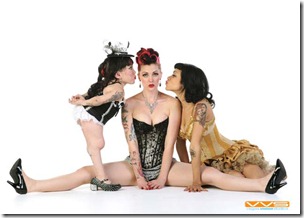 For more info on Pretty Things Peepshow go to http://www.prettythingsproductions.com/index.html 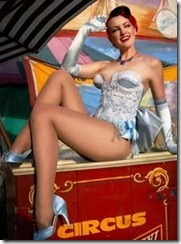 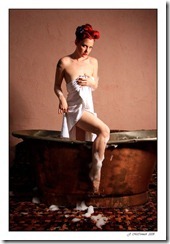 lemme wrap this up by saying thanks to go-go Amy.
I've caught their show twice in Milwaukee and she's gone out of her way to spend a few minutes chatting with me after, and sometimes in the middle, of her show.
Next time I hope I get to hang out backstage some, get some better pics, and maybe treat the crew to dinner.
John